Denmark’s history is shaped by different kings, their forms of rule and a long power struggle with Sweden for supremacy in Scandinavia. But give yourself a rough idea of ​​how Denmark’s history went. 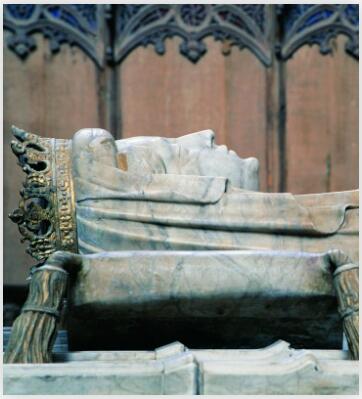 People are said to have lived in Denmark as early as the Stone Age. The first ancestors of today’s Danes came from what is now southern Sweden to Jutland in the 6th century, where they mingled with or displaced other Germanic tribes that lived there.

A few isolated first kingdoms emerged, which were united for the first time under Gorm the Old (Danish: Gorm den Gamle) in the 10th century. Gorm owes his nickname to the old age that he is said to have reached at the time.

After Gorm the old, Harald Blauzahn, Gorm’s son, came to the throne. He was baptized around 960 and the kingdom was Christianized.

Back then, the first Danes had been seafarers until then. Nowadays almost everyone can imagine something under the term ” Viking “. This is how all seafarers from Sweden, Norway and Denmark up to the 10th century are called.

At that time up to the 11th century they were very feared – they waged wars, founded colonies, traded and plundered. So they conquered large parts of Norway, southern Jutland and the British Isles, and Denmark became a rich country. The Viking Age ended around 1066.

The Kalmar Union united the kingdoms of Sweden, Denmark and Norway into one kingdom. The alliance lasted from 1397 to 1523 and was initially determined by Denmark’s ruler Maragrethe I at the time. However, clashes with Sweden were significant until the 17th century, as the countries vied for supremacy of Scandinavia, and ultimately Sweden gained independence and left the alliance.

Of course, the Reformation by Martin Luther also played a major role in Denmark, and so Denmark became Protestant around 1536 during the Reformation.

The clashes with Sweden for supremacy in the Baltic Sea region continued. Sweden ultimately won the fight and Denmark had to cede about a third of its territory. After the great Northern War (1700-1720), in which Sweden did not lose its dominance, a more peaceful time followed.

During the Napoleonic period in Europe, Denmark remained neutral at first, but then later decided to side with France. As a result, Denmark had to cede Norway and Heligoland after France’s defeat.

Under Frederik VII, Denmark went from an absolutist to a constitutional monarchy in 1848. From now on the king was bound by a constitution. This was a major change in the history of Denmark.

During the German-Danish War (1864) Denmark lost under Christian IX. Holstein, Schleswig and Lauenburg. During the First World War (1914-1918), Denmark remained neutral, but was nevertheless occupied by the Germans afterwards. In 1945 Denmark became a member of the UN and in 1973 the country joined the European Economic Community.

Margarethe II has been Queen of Denmark since 1972, her son is Crown Prince Frederik. According countryaah, Denmark is part of the European Union, but has kept the Danish krone as its currency instead of the euro. According to various studies, the country’s residents are among the happiest people in the world and Denmark is still one of the most popular travel destinations for Germans. 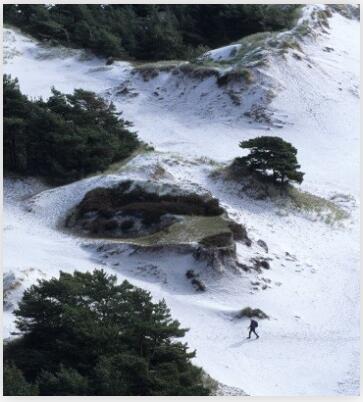 It’s hard to believe, but Denmark actually has 7 UNESCO World Heritage Sites ! Be impressed and visit, for example, the beautiful cliffs of Stevns Klint, where traces of a huge meteorite impact can be found around 65 million years ago. Or visit the Winkingerstadt Jelling, the Wadden Sea National Park or the cathedral in Roskilde – which is not only famous for its festival. No matter which cultural site you choose, you will not be disappointed!

In case you didn’t know before : LEGO® actually comes from Denmark! LEGOLAND® Billund is not far from some great sandy beaches. A great place to have fun with the whole family ! The famous Lego bricks are assembled here into very special works of art and the many attractions make children’s hearts beat faster. The word Lego comes from the Danish “leg godt”, which means “play well”.

Short for abbreviationfinder, Denmark holidaymakers want one thing above all else in summer: lie on the beach, bathe in the cool sea and enjoy the sun! So that you are guaranteed to be on the right beach, here are a few names of the most beautiful beaches in Denmark. First of all, of course, you have to decide on which coast you want to get a tan.

Practical Advice For Your Trip To Denmark

Before you go, find out about the main travel information for Denmark. Which means of transport are available, in which currency do you pay or which public holidays are there? Here you can find out everything at a glance. You can also contact us at any time if you have any questions.